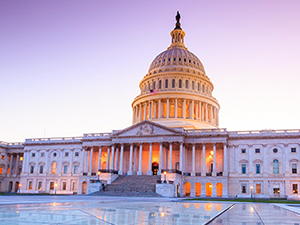 In its March 30 status report to the U.S. District Court for the District of Columbia in American Association for Retired Persons (AARP) v. EEOC, the EEOC stated that “it does not currently have plans to issue a Notice of Proposed Rulemaking addressing incentives for participation in employee wellness programs by a particular date certain, but it also has not ruled out the possibility that it may issue such a Notice in the future.”

Employers continue to face uncertainty as to wellness program incentives subject to the ADA and GINA (i.e., those with medical exams or disability-related inquiries) as the EEOC awaits confirmation of Janet Dhillon as EEOC Chair and considers “a number of policy choices available.”  In other words, the EEOC may wait until the Senate confirms outstanding nominations before re-engaging in the rulemaking process, leaving wellness programs open to challenge in 2019 by employees who feel that the incentives (or penalties) are so great that they render the program involuntary.

As background, under the ADA, wellness programs that involve a disability-related inquiry or a medical examination must be “voluntary.”  Similar requirements exist under GINA when there are requests for an employee’s family medical history (typically as part of a health risk assessment).  For years, the EEOC had declined to provide specific guidance on the level of incentive that may be provided under the ADA, and their informal guidance suggested that any incentive could render a program “involuntary.”  In 2016, after years of uncertainty on the issue, the agency released rules on wellness incentives that resemble, but do not mirror, the 30% limit established under U.S. Department of Labor (DOL) regulations applicable to health-contingent employer-sponsored wellness programs.  While the regulations appeared to be a departure from the EEOC’s previous position on incentives, they were welcomed by employers as providing a level of certainty.

However, the AARP sued the EEOC in 2016, alleging that the final regulations were inconsistent with the meaning of “voluntary” as that term was used in ADA and GINA.  AARP asked the court for injunctive relief, which would have prohibited the rule from taking effect in 2017.  The court denied AARP’s request in December 2016, finding that AARP failed to demonstrate that its members would suffer irreparable harm from either the ADA or the GINA rule, and that AARP was unlikely to succeed on the merits.  This was due in part to the fact that the administrative record was not then available for the court’s review.

In August 2017, the court ordered the EEOC to reconsider the limits it placed on wellness program incentives under final regulations under the ADA and GINA.  As part of the final regulations, the EEOC set a limit on incentives under wellness programs equal to 30% of the total cost of self-only coverage under the employer’s group health plan.  The court found that the EEOC did not properly consider whether the 30% limit on incentives would ensure the program remained “voluntary” as required by the ADA and GINA and sent the regulations back to the EEOC for reconsideration.  To avoid “potentially widespread disruption and confusion,” the court decided at that time that the final regulations would remain in place while the EEOC determined how it would proceed.

In December 2017, the court vacated, effective January 1, 2019, the portions of the final regulations that the EEOC issued in 2016 under the ADA and GINA addressing wellness program incentives.  In that decision, the court found that the EEOC’s proposed timetable (until 2021) to reissue new regulations was not timely enough.  The court was concerned about the slow timeframe that the EEOC proposed for devising a replacement rule, ordering the EEOC to provide a status report to the court and to the AARP no later than March 30, 2018.

In January 2018, the court once again reconsidered its judgment and vacated the portion of its order that required the EEOC to issue proposed regulations on the court’s timeline but retained the March 30 status report requirement.

What’s Next for Employers?

For 2018, employers may continue to rely on the EEOC’s final regulations.  However, as employers begin to prepare for 2019, the EEOC’s delay causes employers to again face uncertainty as to their wellness program incentives subject to the ADA and GINA (including incentives paid in 2019 for activities performed in 2018).

While it is possible, unless the AARP pushes back and attempts to force a course of action, it seems unlikely that the EEOC will issue guidance in time for open enrollment season.

However, some believe that wellness programs designed to comply with existing rules, specifically the 30% cap, are unlikely to be challenged by the EEOC since the EEOC has disputed the court’s findings. After considering the potential risk, employers wishing to continue to offer incentives subject to the ADA and GINA in 2019 should be prepared to make adjustments to incentives (e.g., decrease incentives to participating employees or make additional contributions to non-participating employees).  At a minimum, employers should consider their wellness programs holistically and ask the question – would our employees feel compelled to participate in wellness based on the size of the incentive?  If the answer is yes or maybe, the more risk-averse approach would be to reduce the incentives to a level that better supports the argument that the wellness program is “voluntary” (although there is no guarantee that even that approach would prevent a challenge).  Of course, an employer could provide additional means of earning incentives that do not involve medical examinations or disability-related inquiries (e.g., attending lunch-and-learns, participating in walking challenges, etc.); however, this may result in a less effective wellness program.

About The Authors: This alert was prepared by Marathas Barrow Weatherhead Lent LLP, a national law firm with recognized experts on the Affordable Care Act. Contact Peter Marathas or Stacy Barrow at pmarathas@marbarlaw.com or sbarrow@marbarlaw.com.

The information provided in this alert is not intended to be, and shall not be construed to be, either the provision of legal advice or an offer to provide legal services, nor does it necessarily reflect the opinions of the agency, our lawyers or our clients.  This is not legal advice.  No client-lawyer relationship between you and our lawyers is or may be created by your use of this information.  Rather, the content is intended as a general overview of the subject matter covered.  This agency and Marathas Barrow Weatherhead Lent LLP are not obligated to provide updates on the information presented herein.  Those reading this alert are encouraged to seek direct counsel on legal questions.