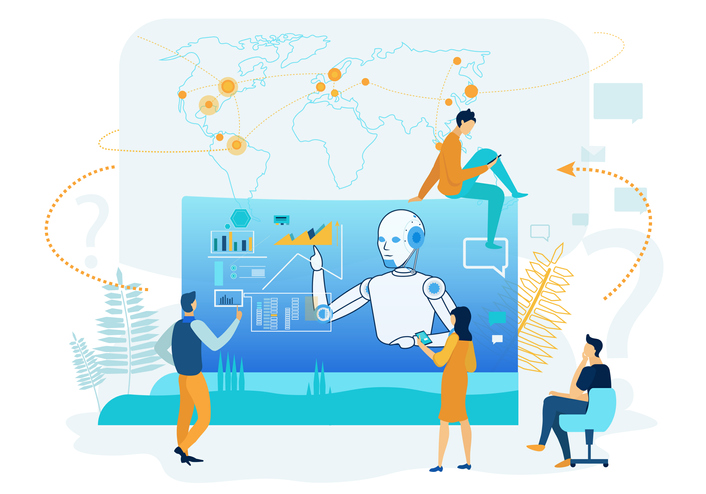 impacting nearly every sphere of our lives and our businesses, including workers' compensation.

1   Exoskeletons in the workplace. The exoskeleton worn by Sigourney Weaver in the 1979 movie Aliens is no longer science fiction. They are now commonly used in many work environments, helping workers easily lift up to 200 pounds without strain or injury. Shipbuilders, car-makers and nurses alike wear them to transfer heavy loads, whether moving car parts or repositioning patients.

2   Exoskeletons for therapy. Another use of the exoskeleton is as a harness to help patients with spinal injuries. The exoskeleton learns and then predicts functions, such as walking, by analyzing the proper configuration of forces used by patients when moving their bodies and assists them with those functions.

3   Injury rehab and physical therapy. Though still in the trial phase, a robot named Emma — Expert Manipulative Massage Automation — has been treating patients with a variety of conditions such as stiff neck and shoulders, lower back pain and tennis elbow. Emma uses sensors to upload diagnostic data about the patient’s body to the cloud so that therapists and physicians can design a treatment plan.

Another robot named Luna is in development to detect muscle tension not visible to the human eye, so appropriate exercises can be recommended to help patients heal and regain muscle strength.

4   Pharmacy robots. According to the Office of National Drug Control Policy, as many as five percent of the five billion prescriptions filled each year are incorrect. Adverse effects from dispensing drugs incorrectly can be prevented by using pharmacy robots. The medical center at the University of California San Francisco, which uses the technology, says its dispensary has been error-free for over five years.

5   Robotic Process Automation (RPA). RPA can take over the routine clerical and transactional aspects of workers' compensation claims adjusting, allowing human adjustors to focus on adding value in other ways. Data is collected from standard form fields and transferred across platforms to speed communications and make all participants act more efficiently. Quality assurance can be performed in real-time to reduce errors and deliver payments timely and accurately. Mobile applications help streamline the experience, providing chatbots and notifications of claims and settlements to users.

6   eDiscovery Platforms. When workers' compensation cases go to discovery, it can take a lot of time and people to review and analyze all documents. Machine learning can analyze mountains of data in seconds, reducing time and expenses by up to 80 percent.

7   Classic robotics. The best-known application of robotics in the workplace is probably in the performance of routine tasks, such as warehouse product picking and the assembly-line functions in manufacturing plants, especially automobile plants. But robotics are now also used in other environments, including for complex procedures that require great precision and dexterity, such as surgeries and watch-making.

To a large extent robotics and AI are reducing workers' compensation costs by displacing the human element altogether. Surprisingly though, according to some experts, the rise in robotics does not increase the rate of unemployment. As it increases productivity, it very often creates more jobs.  One example of this is that five years after Amazon started using warehouse robots its workforce has increased five times over.

8   Unintended Consequences. One troubling aspect of robotic innovation, however, can occur when humans and robots work together. Though infrequent, when incidents do occur, they are likely more severe. “If you get injured by a robot, it’s not going to be a sprain or strain, you’re going to have bone breakage or a fatality,” as Laurence Pearlman of Marsh Risk Consulting told Business Insurance magazine recently. Thus, safety regulators at the National Institute for Occupational Safety and Health’s Center for Occupational Robotics Research are working to develop robot-related standards. By researching how robotic technologies work and codifying best practices as part of OSHA regulations, they hope to minimize injuries.

If you have any questions, please reach out to us at info@aleragroup.com.