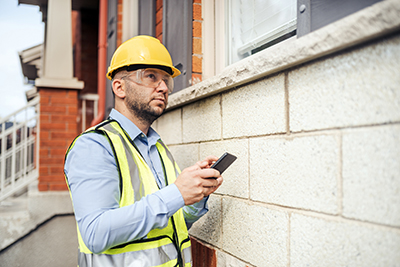 In a perfect world, condominium associations would hire a structural engineer to inspect their property every couple of years. The engineer would inform the association of any compromises to the building’s structural integrity or electrical system, and the association’s board of directors would authorize repairs in timely fashion, simultaneously managing risk and controlling costs —including the cost of condo association insurance.

In such a world, few outside of Greater Miami would ever have heard of Champlain Towers South, the 12-story condo building in Surfside, FL, that collapsed on June 24 of this year, killing 98 people.

Had the board of the Champlain Towers South Condominium Association adhered to an inspection schedule and followed inspectors’ advice, it’s likely the building would still be standing and those 98 victims would still be alive. The 2018 engineering report the board did commission — which warned of a “major error in the development of the original contract documents” prepared by the architectural firm that designed the 1981 building — would have been issued many years earlier, when necessary repairs would have been less extensive and far less costly. The repairs would have been completed shortly thereafter, and regular inspections and maintenance would have averted disaster.

But of course the world we live in is far from perfect.

A July 10 report in USA Today details years of wrangling between the Champlain Towers South board, who had pushed for an assessment to pay for repairs, and the owners of the building’s condos, who had balked at the price. An April 9, 2021 letter from the board president to the condo owners reads in part, “A lot of work could have been done or planned for in years gone by. But this is where we are now.”

Six weeks after the date of the letter, one wing of the building came down in a deadly collapse. Within two weeks of the tragedy, victims’ families filed at least six lawsuits accusing the condo association of negligence. The insurance coverage the association had in place won’t come close to covering the damages.

In a July 1 emergency meeting with Miami-Dade County Circuit Judge Michael Hanzman, attorneys for the association said they were aware of a $30 million Property Insurance policy, as well as $18 million in Liability Insurance coverage. Based on a recording of the meeting posted by the Miami Herald, Claims Journal reports the judge as saying: “It looks like for the property damage claims and for the injury and death claims there’s going to be a total of $48 million, which will obviously be inadequate to compensate everyone fully for the extent of their losses. I don’t know whether there are any third-party claims. Maybe there are, maybe there aren’t. But we are dealing certainly with a limited pot as far as insurers go.”

Indeed. Losses from the Surfside condo collapse are estimated to total about $1 billion.

Composed of individual unit owners, condo associations are responsible for the management of the property where the condominiums are located. Most elect a board of directors — typically including three to seven members — to make decisions regarding expenses, routine maintenance, repairs and Property and Casualty Insurance, including Liability Insurance. The board operates under a set of association bylaws and a declaration that establishes which elements of a complex are to be covered under the association’s master policy and which features are the responsibility of individual unit owners. The master policy typically covers shared risks – i.e., the building (or buildings) itself and common areas, such as a pool, grounds and parking lot. In some instances, it also covers standard fixtures that originally came with the unit, such as cabinets and sinks. Typically, board decisions regarding major expenses are voted on by a quorum of the entire association.

Board members have a fiduciary duty to act as directors of a nonprofit corporation, providing for current expenses while saving for the future.

Laws and regulations pertaining to condo and homeowners associations differ from state to state, so association boards should work closely with an experienced, knowledgeable insurance agent or broker to ensure compliance. In addition, it is critical that all condo owners familiarize themselves with their association’s covenants and bylaws, and read the terms and conditions of both the association’s master insurance policy and their own Homeowners Insurance policy.

There are six specific insurance coverages all condo associations should have:

Of these, the first three are required in most states, while the last three are highly recommended and may — particularly with regard to Workers’ Comp — be required in some states under certain conditions.

While most homeowners policies cover wildfires, some insurers now exclude fire coverage in especially vulnerable areas. In such areas, the condo board may need to explore alternatives such as a state-run FAIR Plan, or specialized coverage from a premium provider or surplus carrier.

Detecting a problem in its early stages can save lots of work and money down the road. Rotted wood, for example, can lead to an infestation of termites. A structural engineer can spot such a risk before it becomes too damaged or costly to fix.

Transferring risk to an engineer is expensive and, largely for that reason, is not commonly done. But from a risk management perspective, it can be a worthwhile investment that could save not only money, but also lives — provided the association that hires the engineering firm acts on its recommendations. In the case of Champlain Towers South, the 2018 engineering report from the firm Morabito Consultants noted crumbling concrete columns in the garage beneath the residences and said that neglecting to repair the damage in the “near future will cause the extent of the concrete deterioration to expand exponentially.”

Association Reserves is a national consulting company that advises condo and homeowners associations on the size of reserve funds they should keep for repairs and other expenses. According to its founder, Robert Nordlund, there are about 380,000 such community associations in the United States, only a “small fraction” of whom have had a reserve study prepared by a credentialed provider within the past three years. “Of those that have,” he says on the organization’s website, “about 70% are underfunded.” (Note: Reserve studies examine an association’s funds only; they do not engage in building inspections or provide line items for foundations, plumbing or electrical systems.)

Of those 11, according to CAI, Florida and Illinois allow associations to forgo funding if a quorum of voters at an owners’ meeting elects to do so.

While the focus of Hungelmann’s IRMI article is coverage for condo unit owners, the above passage highlights three shortcomings of many association master policies:

What all of this points to is the need for condo association boards — as well as individual unit owners — to work with an insurance professional who specializes in insurance for condominiums. In addition to assisting with risk management services such as building inspections, an experience, reputable agent or broker will work with you to provide proper coverage for the property and its owners, ensuring your condo association avoids a repeat of the ongoing tragedy in Surfside.

As an independent commercial insurance agent who specializes in protecting homeowners groups, Andrew Bateman works with single-family, townhome and condominium associations to help their board of directors make sound business decisions. A member of the Community Associations Institute, he is certified as both a Community Insurance and Risk Management Specialist (CIRMS) and a Certified Manager of Community Associations (CMCA). Andrew is also founder of the WeLoveHOAs.com website.

The Internal Revenue Service (IRS) has released Rev. Proc. 2021-36, which contains the inflation-adjusted amounts for 2022 used to determine whether employer-sponsored coverage is