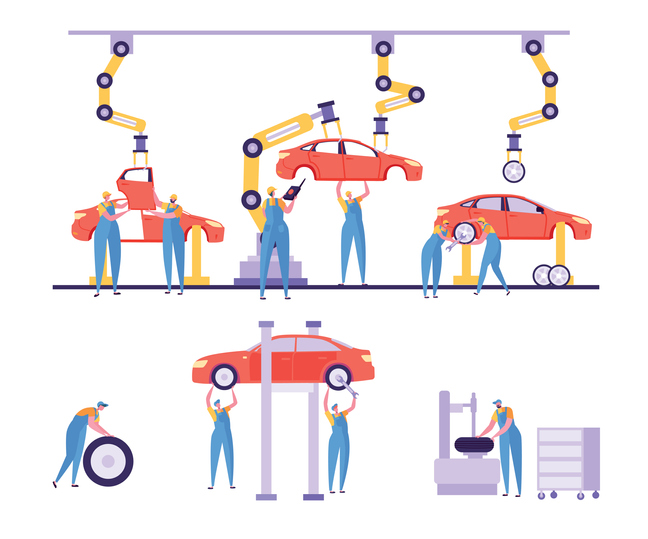 As technology makes cars safer and more efficient, there are bumps in the road. Here are a few of the latest ones.

Cars to Start Talking to Other Cars

The auto industry has made great strides with vehicle-to-vehicle (V2V) communications, linking cars, roadside beacons and traffic lights to create a wireless communication web for avoiding collisions and controlling speed. Although V2V has not been deployed yet to any great extent, carmakers are on the verge of making it happen.

Ford announced earlier this year that it plans to equip all its new U.S. models starting in 2022 with cellular vehicle-to-everything technology. The system would enable Ford’s cars to communicate with one another about road hazards, talk to stoplights to smooth traffic flow — and even pay the bill when picking up fast food.

Deploying V2V, however, will require using an additional airwave spectrum.

For several years the Federal Communications Commission (FCC) has held spectrum in reserve for the auto industry for just this purpose. Now, however, the FCC has proposed taking back some of the spectrum and re-allocating it for use by Charter Communications and others.

The Transportation Department is opposed to the FCC’s plan and will resist the re-allocation, according to sources in an article by Insurance Journal.

New automobiles today are extremely sophisticated. They have computerized systems for almost every driving function, including lane-keeping assistance, automatic braking and blind-spot detection. As a result, auto manufacturers are starting to claim that the only way to ensure safety when making repairs is to use parts and services provided exclusively by their authorized dealers,

“Currently only 10% of all cars on U.S. roads are equipped with ADAS, but that number is expected to grow rapidly, with carmakers pledging to outfit almost every new vehicle with forward collision warning and city-speed automatic emergency braking by 2020,” according to Reuters News Service.

Fixing damage to ADAS requires great precision because of the cameras, radar and ultrasonic sensors that are built into bumpers, fenders, mirrors and windshields. Fixing vehicles after even minor collisions are complicated and expensive. And, manufacturers claim aftermarket suppliers and unauthorized repair shops can’t do it safely.

Subaru, for instance, tells customers its warranty will not cover problems caused by parts not manufactured by Subaru. “Protect yourself and your investment by keeping your car 100% Subaru.”

Independent repair shops and suppliers, which currently dominate the market begs to differ. They say they can manufacture parts and fix cars for a fraction of the cost and claim that car manufacturers are trying to lock them out of the industry.,

In addition, aftermarket trade groups also point to safety as an issue. Drivers are more likely to put off repairs because they are so costly, while aftermarket suppliers working with repair shops can do the work much more affordably.

“The auto industry is creating the false narrative that you can either have safety or you can have repairability,” said Paul McCarthy, president of the Motor & Equipment Manufacturers Association (MEMA) of independent suppliers.

Several independent auto repairs and parts shop trade groups have asked the Federal Trade Commission (FTC) to step in. At this time, the FTC is soliciting industry views and public comments.

A major flaw in the design of Uber’s self-driving vehicles was revealed in March, 2018, when one of its cars ran over a pedestrian in Tempe, Ariz. The autonomous vehicle had not been designed to recognize jaywalkers.

Uber says it’s now able to handle situations where jaywalkers or cyclists do not follow road rules, though human drivers may still need to intervene at times.

For almost a year after the death of the person struck by the Uber vehicle, testing was halted and the company was strongly criticized for not adopting stricter standards. Others argued that without real-world driving experience autonomous cars cannot be fine-tuned and problems resolved.

Although Uber hopes to bring testing back to Arizona and in cities like San Francisco and Pittsburgh, it’s focusing for now on using human drivers to collect data.

For more information, contact info@aleragroup.com to be connected with a local Alera Group firm.

On January 12, 2021, the United States recorded a record 4,250 deaths due to COVID-19 while the Trump administration announced an accelerated schedule for administering vaccines to fight